Introduction
While the previous „killed in action/wounds” vs. „died in diseases” ratio made a full turn in the First World War, copying the trends of the 1904–5 Russo-Japan war, the infectious diseases remained to be the main medical and financial resource drains and threats. The present paper, based on secondary and tertiary sources attempts at drawing a representative overview of the main topics of battlefield hygiene, sanitation and prophylactic measures.

Infectious diseases
Cause of tuberculosis, anthrax, typhus, typhoid, dysenteria, syphilis, gonorhhea, variola vera, cholera and many more were catched by the microscopes of the microbiologists. Vaccination was highly effective, which nearly eradicated the disease. Typhoid is caused by Salmonella with a mortality between 10–51%. Dysenteria is a mixed diagnosis with different bugs amoebas and viruses as their potential causes leading to death in 1–10 cases out of 100. Malaria was an enemy mainly in the near-East and in the African battlefields, affecting signoficantly the Ottoman forces. Trachoma, infectious disease of the eye was not a killer, but a non-negligible factor for loss of fighting power.

Tuberculosis, veneral diseases and Spanish Influenza were other infectious diseases, to list here. Tuberculosis, the White Death was the main diagnosis in all WW1 armies.

Prophylaxis: vaccination
Many vaccines against infectious diseases were already at hand at the start of WW1, however their efficacy and side effects varied quite widely. Inoculation against cholera and typhoid worked well, while polyvalent solutions agains dysenteria were less effective.

Water
Providing good quality drinking water is dictated by the fact, that generally speaking 12–24 hours of fluid deprivation seriously diminishes the fighting capabilities. Apart from the volume, the quality of the water is decisive. Boiling the water and purifying it by mechanical (filtering) /chemical means were offered as solutions.

Sewage
The prewar military medical handbooks provided detailed plans for the management of the vastewater, which chapters did not survive the first shots. Instead of straight forward condemnation, vastewater management situation in particular and general hygiene on the fronts must be measured in context of contemporary public health standards in the first decade of the 20th century.

Public/military waste material management
Burning was the simplest and the most generally pracised method of waste management, Different chemicals were also applied, mainly for cleaning of reusable contaminated hospital materials.

Food hygiene
Prewar public hygiene provided proper guidelines for food quality and quantity. As the time passed by, the quality and the quantity of the food diminished, in parallel with the shortages in the hinterland of all participants.

Air
Air quality was a „given” – and usually quite bad, especially in the close vicinity of the frontlines. Face masks might provided some sort of protection. Chemical weapons – gas-war – contributed to the development of ventilators, respirators.

Animals
Mobility of the opposing armies in the WW1 were dependent on working animals; horses, oxens, mules etc… Some of the local epidemics were connected to these animals. Other animals, like military dogs or pigeons accompanied the soldiers, who preferred the pets. Their role as rat-killers, mouse chasers gas-attack signallers, and moral boosters were high.

Personal hygiene
This was a double-faced topic: as moral (discipline) and santitation factors were intermingled. The uniforms were boiled and hot water was the main medium. Bodily hygiene had its main importance – apart from the subjective comfort – in the fight against the causative bugs: plague and actual wound infection as well.

Burial of the dead
That was not only an important prewar military medical handbook chapter, but a highly crucial element in the mental health and moral strength factor.

Conclusion
Public health, similar to other brands of medicine and surgery saw a paradigm shift in the mass killing fields of the Great War between 1914 and 1918 and beyond. Microbiology was the main facilitator of the progress and mass observations and their analysis provided gamechanger steps in medicine. The impending antibiotic resistance Armageddon should redirect us back to the methods of our surgeon-grandfathers who fought with infected wounds in the pre-antibiotic era. 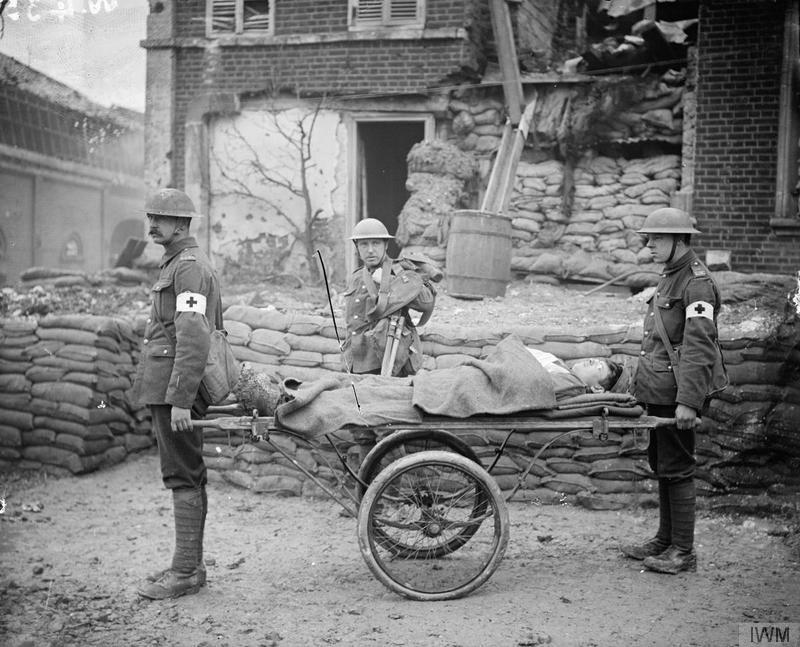