„Labor camp, so no prison camp“ – Extraordinary conditions in Mohács in 1945

In 1945, in the city of Mohács in southwest Hungary, existed a labor and internment camp for a few months, which has been completely excluded from research of the history of the region until now. At the End of the Second World War, the camp served as a manpower reservoir, but also to punish former political enemies and the ethnic German minority for alleged and actual war crimes.

This paper presents the circumstances of the formation of the camp and the debates about it between the members of the Mohács National Committee in January 1945. It also analyzes the activity, organization and difficulties that characterized the months of the camp's existence. Another focus of the study is the investigation of the chaotic circumstances and the (lack of) legal framework and regulations that should provide an explanation for why a camp could be established at this early point in time after the war in Mohács. Local archive documents from Mohács and the neighboring villages are used as sources, which offer a deep insight into local history and the chaotic conditions at the immediate end of the war. 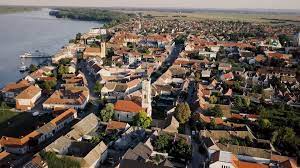