“Non licet esse vos!” ‒ The Legal Basis of the Persecution of Christians in the Roman Empire from Nero to Valerian (AD 64‒260)

The Roman legal system did not discriminate the citizens on the basis of their religious affiliation. We are aware of individual cases in which certain ethnic groups and/or religions – mostly Greeks, Egyptians, Jews – have suffered certain disadvantages or restrictions, but we have no knowledge of a case in which the practice of a religion was forbidden in toto. It seems that until the persecution of Diocletian, which is already outside the time frame of this study, Roman laws (leges publicae populi Romani) did not name Christianity, therefore they could not prohibit its practice. Although imperial letters – such as Trajan’s, Hadrian’s, or Marcus Aurelius’ sacrae litterae – were also considered legal sources, and these occasionally referred to the Christians by name, they did not speak of the legal basis for the persecution, but only regulated the order of proceedings against Christians who have been already arrested. Thus, to the best of our knowledge, we would search in vain for the origin of the “You are not allowed to exist!” (non licet esse vos) quoted by Tertullian in the Roman laws of the 1st‒3rd century AD. The Roman legislators were aware of the origin and essence of Christianity, so instead of an open ban – which, I repeat, would have been unprecedented in the history of Roman law – they tried to repress them by laws and regulations about which they knew exactly that Christians would not obey them because they could not without breaking their religious precepts. 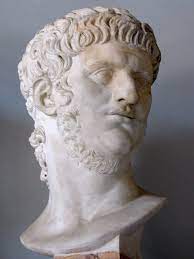