The estates of the Hungarian-Croatian Kingdom, as it is well known, took an active role in the struggles of the Thirty years’ War (1618‒1648) on the Habsburg dynasty’s side. At the request of the monarch, many aristocrats and wealthy noblemen, who had been trained in the so-called small wars (German Kleinkriege) practised along the Ottoman border, raised especially light cavalry units and conducted them to the territory of the Holy Roman Empire. Nicholas VII. Zrínyi/Zrinski (1620‒1664) the Croatian-Slavonian ban-to-be (1647–1664) himself recruited cavalry companies in three successive years (1642–1644), at the head of which he fought in Bohemia and Moravia against the Swedes as well as in upper Hungary against the troops of George I. Rákóczi, the Prince of Transylvania (1630–1648). Moreover, he was appointed as the supreme commander of the Croatian-type cavalry two times. The present gap-fi lling paper primarily aims to clear the chronology of Zrínyi’s field operations in these years. It also reveals his probable motives, the characteristics of the negotiations with the imperial high command as well as the gathering of the troops. The case study will enable us to draw conclusions about the military entrepreneurship of this kind, giving an impetus to the research of this neglected field of early modern military history. 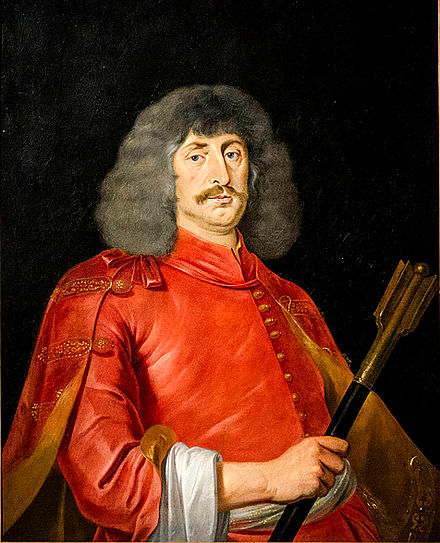