The paper discusses a special aspect of the papal-Hungarian relations, namely the operation of the delegated jurisdiction in the second half of the 13th century, from the Mongol invasion of 1241–42 to the death of the last Árpádian king, Andrew III in 1301. The focus of the study is on the cases, in which the judges-delegate appointed by the pontiffs had to face questions of ecclesiastical hierarchy or church-discipline. It is to be determined, when (and partially: why) members of the Hungarian Church turned to the Holy See to make use of the delegation of papal judges. Furthermore, it is to be examined, what was the effect of the authorizations, and if so, under which circumstances did the popes want to intervene in Hungarian matters by using one of their universal tool to shape the regions of Western Christianity, their delegated jurisdiction. The issue of the Bosnian bishopric, the quarrel over the borders between the dioceses of Kalocsa and Pécs, or the allegations and the procedure against Bishop Job of Pécs are all helping to fi nd answers to those questions. 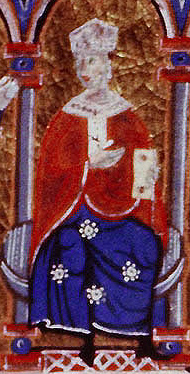